Catch up on news you may have missed. Wochit

By 2 p.m. Saturday, a few dozen people stood on the Oregon Capitol steps, holding “Back the Blue” signs and American Flags. On the other side of Court Street, about 100 people gathered for the “War on Racism” rally.

Multiple events came off peacefully at the Capitol Saturday, most surrounding different sides of the Black Lives Matter movement and support for law enforcement officers.

The War on Racism rally was organized by a new initiative of black activists in Salem.

Participants held signs and flags while listening to speakers talk about the impact of racism on their personal lives, as well as the goals they have to dismantle racism in existing structures and systems, including police departments, city councils, school districts, prisons and elected offices.

People listen to speakers during a “Back the Blue” rally Saturday at the Oregon State Capitol in Salem to support local police. A separate “War on Racism” rally was held at the same time urging police reforms after the killing of a black man by white officers in Minneapolis. Participants in both rallies remained cordial throughout the afternoon with a limited police presence. (Photo: BRIAN HAYES / STATESMAN JOURNAL)

Their slogan: S.O.S. “Save ourselves.”

“We want people to understand change happens within,” said Julianne Jackson, a co-host of the event. “We need allies and people to stand with us … it’s not enough to hold signs, you have to show up.”

Jackson said the event was intended to give out general information about anti-racism efforts in the area so people had resources to act.

Then, she said, they need to call legislators, remove “racist school board members,” support caucuses of color and more. She said she always carries QR code readers to help register people to vote.

Many individuals’ signs and shirts were calling to end police brutality. One sign read, “It is impossible to be unarmed when my skin color is the weapon you fear.”

“We have to fight the systems that persecute and prosecute us at higher rates,” said community leader Gregg Peterson. “We are in the trenches … if we don’t do it together, it won’t happen.”

On the other side of Court Street, the “Back the Blue” rally participants waved at drivers and chanted “All Lives Matter.”

About a dozen vehicles were decorated with window paint, flags or balloons, and drove around the Capitol several times midday.

Drivers in support of the Back the Blue protesters honked, cheered and blasted music. Some gave thumbs up or waved.

Many drivers did nothing. And some rolled down the windows to yell, “Black Lives Matter” or to flip off the participants.

This coverage is only possible with support from our readers. Keep up on news, events and people in Marion and Polk counties by becoming a Statesman Journal subscriber and get unlimited digital access to stories that matter.

Back the Blue organizers Janira and Carol did not want their last names published, saying they have received threats.

Janira requested it be mentioned that she is Hispanic. “I want to support my community; it’s not a color issue,” she said.

The purpose of the Black the Blue events, participants said, is to show support “for the people who put their lives on the line every day.”

Organizers said their’s was one of many similar gatherings scheduled Saturday across the country.

Their event coincided with the Oregon Women for Trump’s afternoon gathering and a rally organized by Republican politician Joey Nations, which likely contributed to the growing number of participants later in the afternoon. 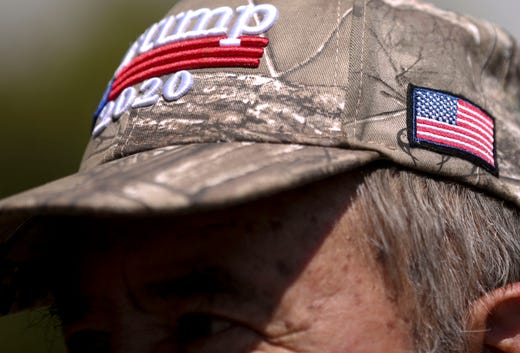 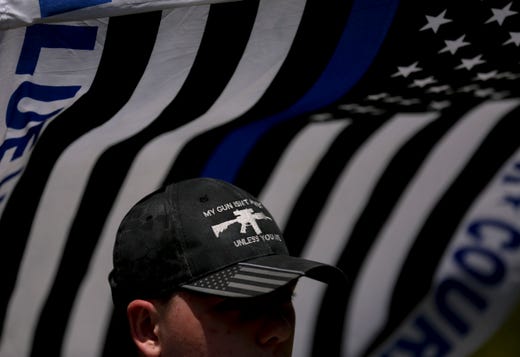 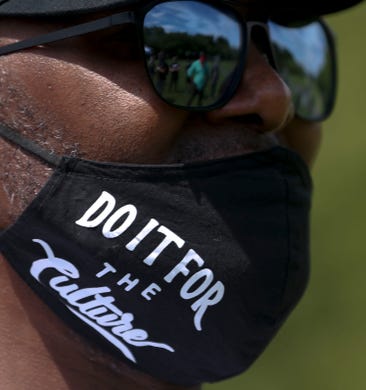 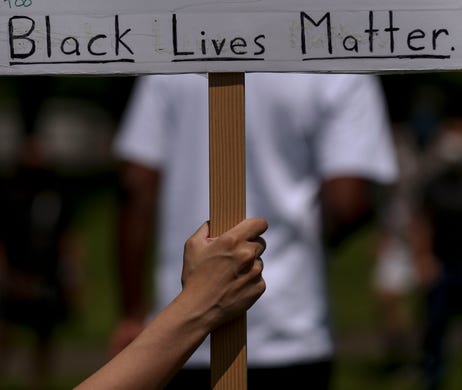 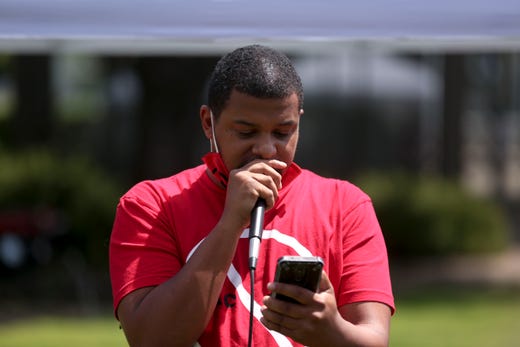 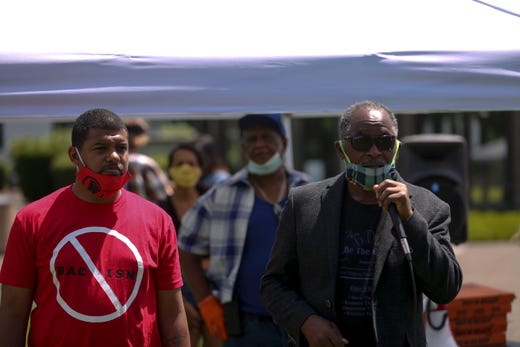 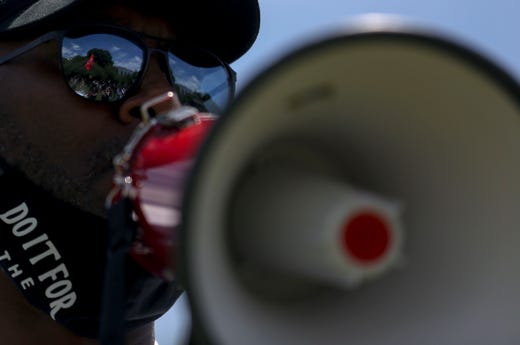 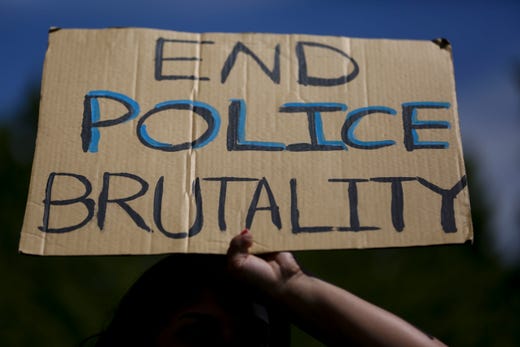 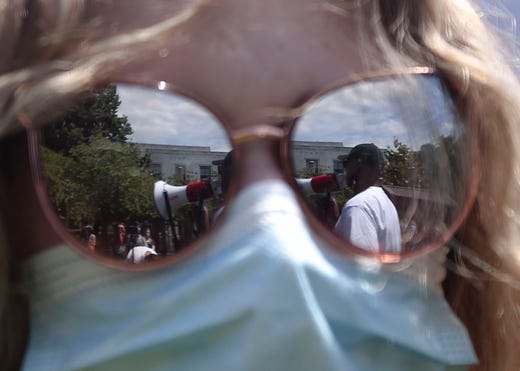 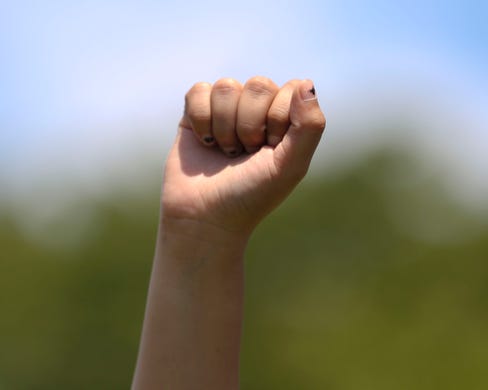 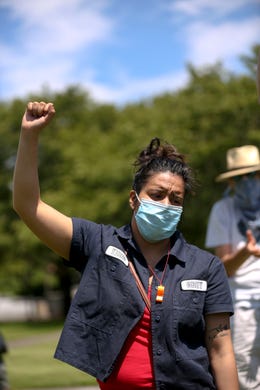 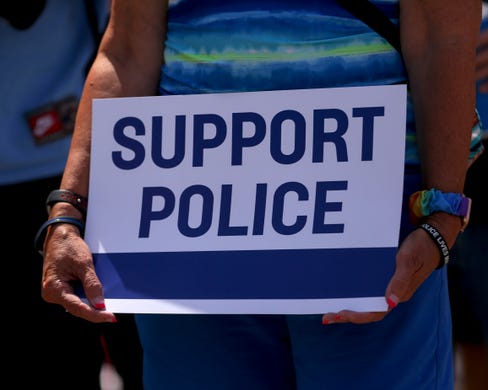 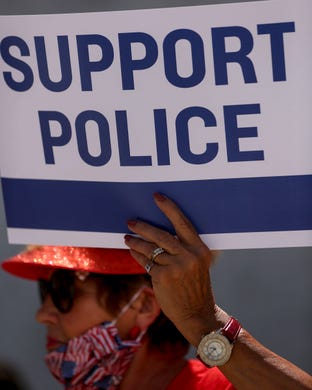 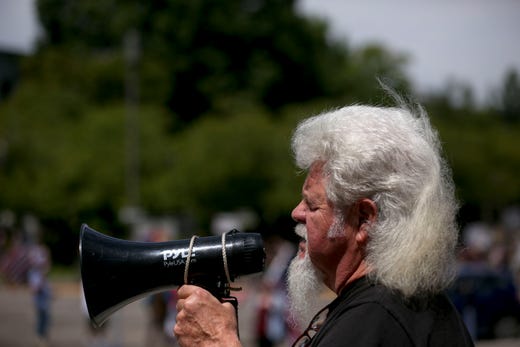 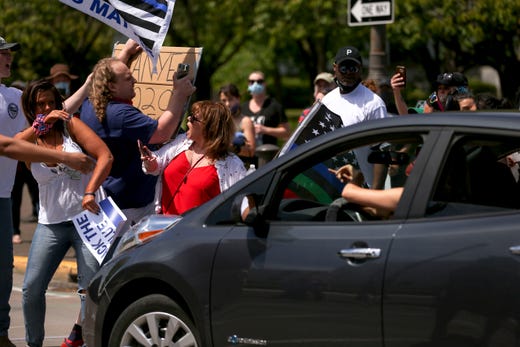 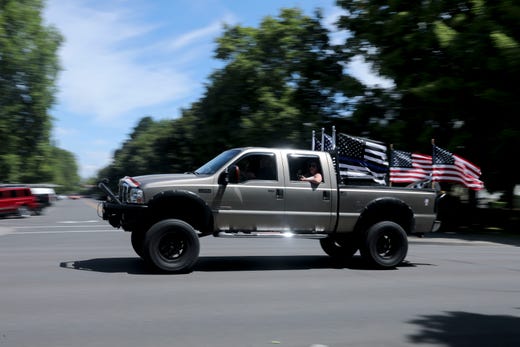 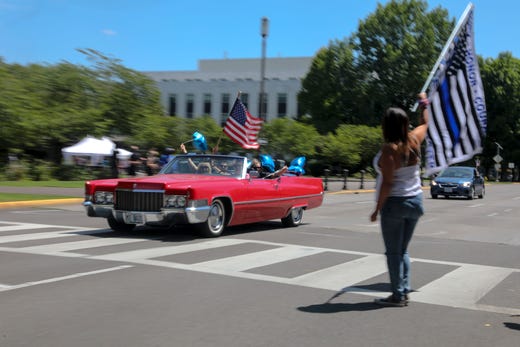 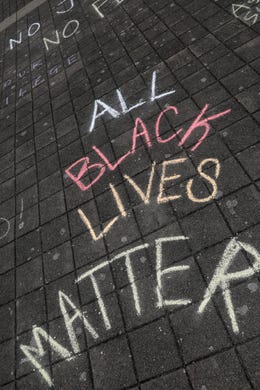 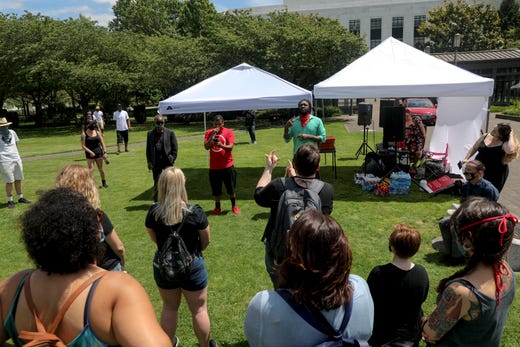 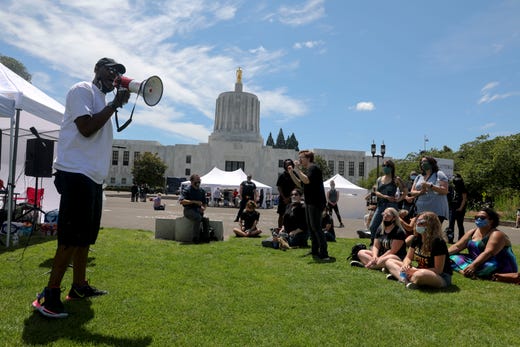 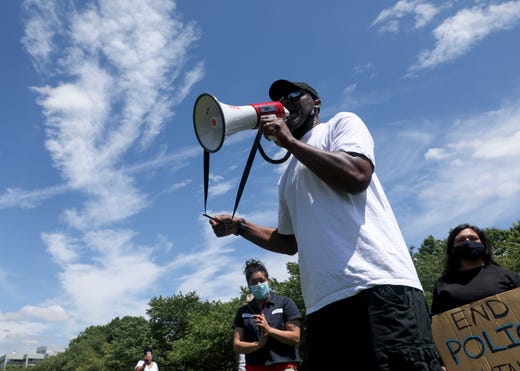 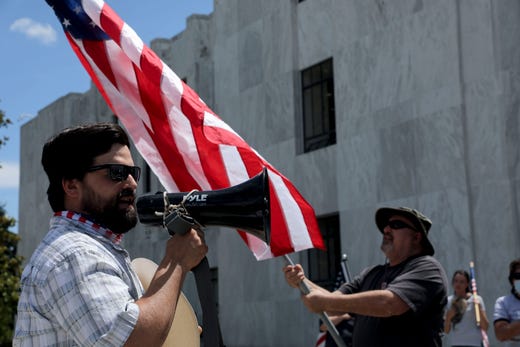 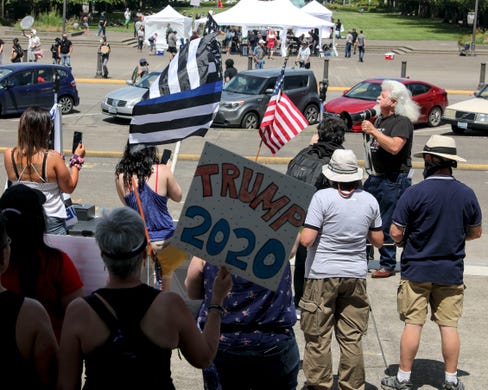 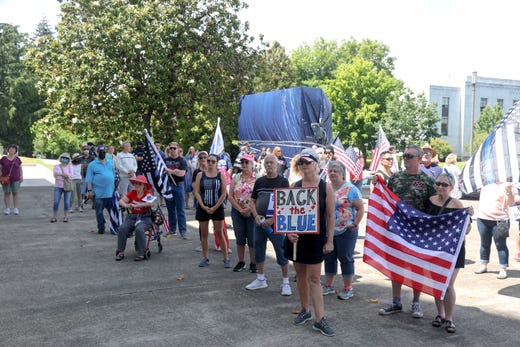 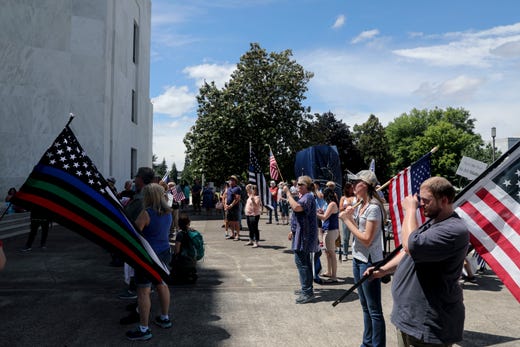 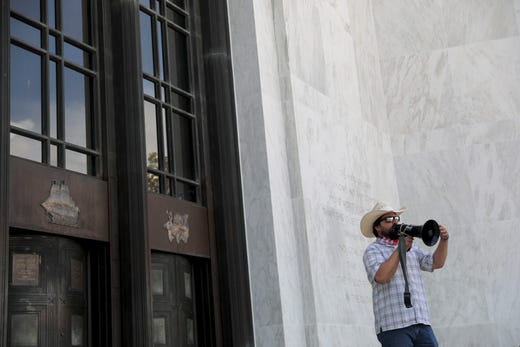 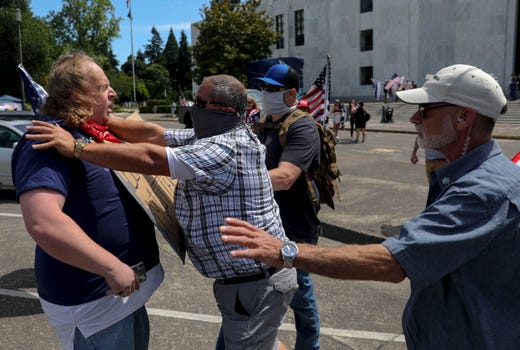 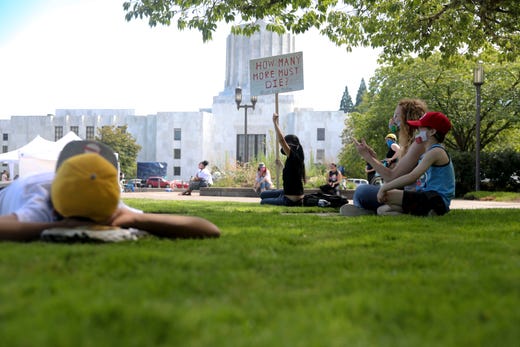 According to the Salem Police Department earlier in the day, none of the groups requested permits or street closures.

There were some interactions — mostly cordial — between the various groups.

Members of opposing groups stayed, for the most part, on either side of Court Street, sometimes yelling at or talking to each other across the cars. A few people with Black Lives Matters shirts spoke with the Back the Blue leaders on the Capitol side.

Also on the Capitol side was a booth to recall Gov. Kate Brown. On the other were people passing out Democratic Socialists of Oregon papers to anyone who would take them.

Between them, the worship group members sang about God’s love.

Natalie Pate is the education reporter for the Statesman Journal. She can be reached at npate@StatesmanJournal.com, 503-399-6745, Twitter @Nataliempate or Facebook at www.Facebook.com/nataliepatejournalist.

From Georgia to Oregon: Fall getaways to take you outside and away from home – Commercial Appeal

You may have missed